Uganda is one of the world’s most Undiscovered destinations never disappoints both first time and repeat visitors.

The country is home to uniqueness, mention weather, culture, wildlife and adventure, the country’s coffers are intact with un-immaginable beauty of lush green, people and topography that prompted Churchhill to name Uganda ‘The pearl of Africa’ in his book -‘My African journey’

Below are top 5 reasons to visit Uganda

Uganda is still undiscovered and so are her foods.  The country is chracterised with good organic soils of the great east African rift valley the support the growth of almost all world crops. nutritious cereals, grains, tubers, and more forest plants boost the production of a diversity of organic food and cash crops throughout the year.

Uganda is made up of four regions, each with special foods that form respective regional delicacy. It is recommended to visit all regions, if on a food tasting Ugandan safari.

Tasting each region’s local brew is equally captivating and may in away tickle your pulse to extend the trip.

While in Uganda, You appreciate how food is grown, processed and prepared to make a meal.

It is worthwhile stating that Uganda is homestead for Rolex and tourists are given the necessary material, and guidance to make their own.  Whether Livestock or crops, everything is organic and overly indigenous. Did you know that Uganda has the lowest temperature range In the world?  It is in Uganda where you can experience skies overhead with sunshine and precipitation at the same time. Wow what a unique adventure!

Uganda has the abundance of wildlife and diversity like no other world over. The country  is home to morethan half of the  world’s most endengered primates (Mountain gorillas), and is the world’s most unique destination for gorilla and chimpanzee habituation. (Bwindi impenetrable forest and Kibale forest respectively)

The country also boosts the big five, with over 340 mammalian species on count, with a highlight of the tree climbing lions and the rare African Cheetah. The country is also an attractive haven to over 1000 bird species, including European immigrants and African endemics.

Needless to mention that the country boosts the most challenging mountaineering adventure to the peak of Mountain Rwenzori and is definately the source of world’s Longest River ‘The mighty River Nile’ with East Africa’s most turbulent water falls at Murchison falls national Park.

Welcome to a country also is blessed with world’s largest concentration of fresh water lakes including Lake Victoria that is a major breeding ground for the most delicious Tilapia Fish sought after by tourists from across the globe. 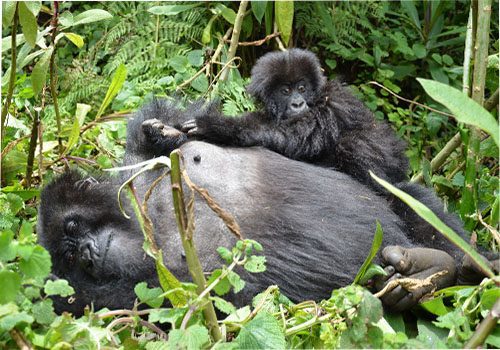 In Uganda, Greeting is a norm and a typical Ugandan across the country would sacrifice any benefit for the happiness of a Visitor.  No wonder, Uganda makes it to word’s top 25 most hospitable countries.

While in Uganda, expect less cultural shock and enjoy the feel of warmth within all national frontiers. whereas crime is everywhere and guests are cautioned in advance, on a typical Ugandan safari, expect less crime if not none targeting tourists. In cases of crime, there is a strong tourism police unit to ensure tourist safety and safari enjoyment.

In fact, global results reveal that 20% of the tourists visited Uganda, in the recent decade would chose the country for the next trip.

Also, research shows that it’s very easy to make friends in Uganda with the percentage at 67%, so don’t miss an opportunity to network with Ugandans. 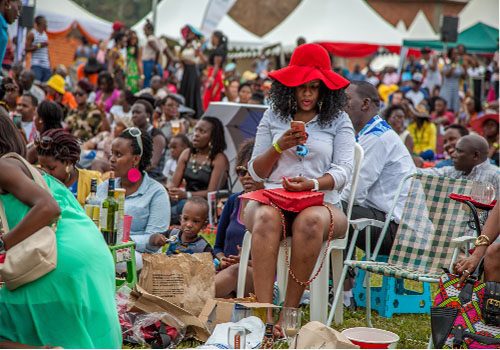 Within her frontiers, Uganda boosts over 60 tribes with respective dialects. Welcome to a country where a norm in one village may be a taboo in the neighbouring Village.

The cultural mozaic is attached to history and defines who Uganda’s are in terms of body morphology, behavior, drama and performances, food, life style and social life.

Attending any of Uganda’s innitiation ceremonies would leave any modern tourist captivated about the logic, energy and African art used.

The instruments, craft and general making are equally captivating.

Because of cultural Diversity, one is right to state that Uganda is Africa compressed. 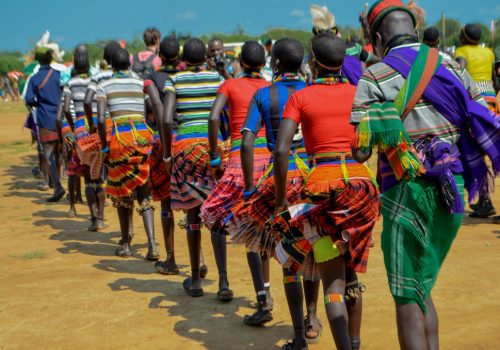